How to lose the tech talent war 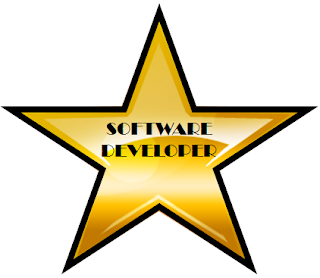 The great article The Rise of Developeronomics argues that the biggest success factor for any company nowadays, software or other, is its ability to attract and retain high-end software development talent, and that it's only going to get more so from here on out. Companies seem to get this - at least judging from the number of unsolicited recruiter mail I keep getting, but often fail miserably in retaining their engineering talent. Why is that?

The reason, it would appear, is that companies fail to see what engineers really want. They assume that their only bargaining power is cash (or other financial instruments, such as stocks or options) and perhaps benefits (but those can be translated into cash in one way or another as well). So they compete with each other on price, which has the only effect of engineering salaries going up industry-wide (not that I complain :)). But as a chunk of the commodity you are so fiercely competing for, let me share a piece of insight: salary is not what makes the big difference. Sure, money is nice and if you don't pay developers a decent amount of money, they will find somebody who does.

But salary concerns are not what usually makes developers leave their job.

And yet developers leave all the time. The turnover rate in the profession is through the roof to the point that even my dentist commented on it the other day! That's costing the industry who knows how many billions in turnover costs and lost productivity. And since that's deadweight loss (yes, I just learned a new term from my economics book), it is making all of us so much poorer!

So what does drive a good developer away? Here are a couple of things:

The thing about software developers, at least all the good ones, is that we work because we like to. Most of us would do it even if we didn't get paid for it. The reason we like it so much is the thrill of creating something. It's the empowering feeling of making something of value, practically out of nothing. It's really exhilarating. So imagine how we feel if we spend all our effort creating something in expectation of this thrill, only to find our work thrown out the window. It's as if a sculptor worked for years on a statue only to have the sponsor of his work demolish it before it was finished. Strange as it may sound, this happens all the time in software companies, big and small. Projects get thrown out, priorities change. I even heard of larger companies deliberately assigning the same project to multiple teams with the intent of keeping one and closing others down. These decisions are made by managers which push around project risk and budget estimates, but are those managers factoring in the cost to their human capital every closed down project is incurring?

Companies often see acknowledging success as a way of directing employees to do certain things and not others. So when they see an engineering team produce good results, they don't fell like they need to acknowledge any individual team member's good work. But acknowledging success is important not just as a directing tool, but as confirmation that what we are doing is being appreciated. Yes, engineers are often needy. And vain. And insecure. We really like to be praised and told that we did well, regardless of whether the praise comes in the form of a cash bonus or just a plain old pat on the back.

But beware not to hand out praise arbitrarily, without any connection to merit, or else the developers will quickly catch on and it will lose its value. We all know who on the team did well and when. We just want to know that you know it too.

Not giving developers a chance to choose what to work on

It's a no-brainer that any employee is happier when working on what they like and having the chance on working on what you like makes you want to stay at the job and not leave. But some managers seem to think that if they don't make decisions on how to hand tasks out to people, then they are not justifying their salaries. Of course, the job of a manager or a lead is to ensure that what needs to get done, gets done. But this still leaves a whole lot of room for optimizing task assignments according to individual preferences. Unionized airlines have built very complex systems around ensuring that crew members get to fly to their individually preferable destinations, so that they can please the union which holds all the cards. If The Rise of Developeronomics is any indication, developers are the ones with the cards in a modern company, so optimizing for their work preferences is a powerful tool for winning them over. And it can even save on some managerial overhead.

No chance of advancing skills or gaining recognition in the community

Like every motivated individual, developers strive to get better at what they do. Part of this is learning new skills and improving existing ones and part of it is establishing oneself in the broader community, since in many ways the community as a whole can achieve much more than the sum of its parts. So allowing and even encouraging such activities can help keep employees happy in addition to growing their value. Companies should take this into account when making a decision not to send employees to a conference, because it would take time away from project work, or preventing an employee from blogging, in fear that it will expose sensitive information. Not to say that decisions like these are never justified, but too much repression can lead to employees feeling like they can't spread their wings and they will leave (especially the ones with wings, which are the ones you want to hold on to the most).

Lack of ownership and accountability

Very good developers are unable to write bad code, but even the best of us try harder when we know that our name is going to be on what we are working on... even more so if that means that we will have to maintain it later :) At the same time, we hate having to pay for other people's laziness, by having to maintain thier bad code. That's not to say that only one person should be looking at any given area of a project. On the contrary, code and design needs to be constantly reviewed by multiple people to ensure quality as well as skills and knowledge transfer. But maintaining clear and constant areas of ownership throughout the process leads to better work quality as well as much less frustration and happier engineers.

The Rise of Developeronomics talks about the cost of bad developers incurred when their bad code blows up. But there is another cost of bad developers and that is their bad effect on the good developers. I, for one, suffer when I see bad code. When I see some really bad code, I feel nauseous and need five minutes of browsing Facebook before I can bring myself to look at the IDE again. That's lost productivity right there. And then there's the fact that knowing that other pieces of the product are going to be written badly anyway, doesn't make me want to try as hard to make my pieces perfect. Finally, all the stress caused by having to debug and integrate with badly written components is a motivator to look for a different company with a better team.

So it is important for companies to acknowledge code quality in their process, as well as the individual developers' commitment to it. Note that this is not about junior employees and senior employees, because I don't see all that much correlation between code quality and seniority. It's the right mindset that matters and junior developers with the right mindset will intuitively write high quality code from the start, while sloppy developers will not only poison your code base, but drive all of the good developers away.
Posted by Iwona at 8:13 PM