The evils of code coverage and other bad metrics 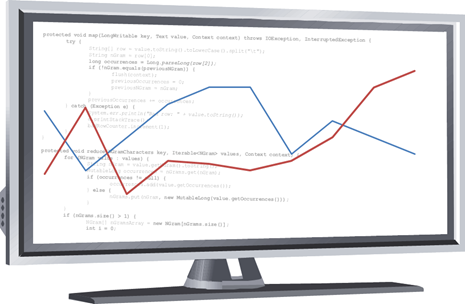 Today is all about being data-driven. And the first thing you need for being data-driven is metrics (or so called Key Performance Indicators – KPIs, if you like acronyms). So we all scramble to establish our metrics quickly, so that we can start being data-driven as soon as possible. And thus we often fall into a trap, because bad metrics can cause much more harm than being data-driven can cause good in the first place. There are plenty of excellent examples of bad metrics and their destructive power in the literature, but I would like to call out some examples from the area which is closest to my heart: software engineering.

The first time I witnessed the effect of bad metrics, was at my first full-time software engineering job back in 2007. Somebody had the idea to send out daily e-mails with the number of bugs fixed per each developer, something like this:


The e-mails had an immediate effect: everything just stopped working. Why? Well, we all felt pressured – probably more in front of each other than in front of anybody else. Everybody wanted to be high on that list for the sheer pleasure of being on top of a list. So we all automatically switched our behavior to optimize for the metrics we were presented with.
But everybody has limited resources and everything is a tradeoff, so optimizing one thing means sacrificing another. So we focused on fixing bugs as fast as we could. And since there were many bugs to choose from, we fixed the ones which allowed us to fix more in the finite time we had, such as “First letter in address label should be capitalized.” We skipped over the bugs which were really hard to fix, but of course those were the ones which were the most important.


Here is what a reasonable set of unit tests may have looked like before code coverage:


The above would have been pretty useful tests. They would have uncovered all of the following common mistakes on the last line of the function:


But the coverage of these tests is pretty bad. They don’t cover all of the exception cases. So once the code coverage mandate was put into place, tests started morphing into something like this:


Even though this particular example is made up, the general idea is exactly what happened: I literally saw hundreds of unit tests without a single assertion statement in them. But guess what, 100% coverage. Needless to say, these unit tests would not catch any of the common mistakes listed above.

I was discussing this with @turboCodr one day when he mentioned an even more outrageous example: apparently one company rewarded their employees based on the number lines of code they produce. I won’t even dignify this idea by elaborating on how wrong it is and on how many levels. Suffices to say that if lines of code are any measure of software development progress, it should be how many lines are deleted, not how many are added…

So what are some good metrics that you can use to build a successful data-driven software development shop? I would go with anything that actually reflects a meaningful goal: something which makes sense to the business itself. For example:

So don’t mess with them unless you know what you are doing. It can cause more harm than good.

Correlation is not causation.

Good developers, when faced with a lack of clear guidelines, tend to gravitate towards doing what makes sense.

So  leaving them be may be better than imposing bad metrics or incentives. Also, gathering their feedback and accounting for extra time for quality improvements can be a good idea.

The only good metrics are those that actually matter to the business.

So if your customers don’t pay you for the number of bugs you fix in your code, the lines of code that are covered by unit tests, or the total lines of code your team produces, then that’s not what you want to measure.
Posted by Iwona at 9:23 PM